Kendrick has accomplished so much through sheer stubbornness and a relentless drive, all mixed with a good dose of humor; her audiobook reflects that.

Jessica became my first enemy. Like most enemies in my life, I hoped to punish her with passive-aggressive glances and silent – but passionate! – resentment. She retaliated by forgetting I existed. Ah, the moral victory. 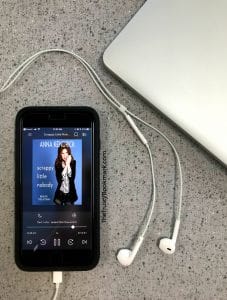 3.5 stars. I didn’t have many expectations going into this, but Scrappy Little Nobody was a surprisingly good memoir. I listened to this as an audiobook (love me some long drive entertainment) and knew very little to nothing about Anna Kendrick except that she seemed down-to-earth and ridiculously cool. This book proved me right, of course, but we also learned she’s succeeded through sheer persistence, stresses about normal problems, and hasn’t appeared to let fame go to her head. She narrates this book herself, which added a level of authenticity and saltiness to her wit and storytelling that really made this audiobook great. This wasn’t a life-changing read (thus the 3.5 stars), but I still recommend it, especially as a beach read for the upcoming summer.

Kendrick documents her entire life in all its hilarity and failures as a young kid struggling to fit in through today. I had no idea of her background in musical theater (although I had always wondered how she had fit the role in Pitch Perfect so well). Her accounts of traveling from Maine to NYC for auditions as a small yet (illogically) brave child were extremely funny, as were her chronicles living as a struggling artist in a very sketchy LA apartment. She humorously describes her experiences with men and her belief in a woman’s right to enjoy sex. Her honest descriptions of her anxiety in dealing with the stress of “becoming an adult” and the pressures of fame that she often felt she didn’t deserve were refreshingly candid and authentic, and I loved (and 100% identified with) her quote:

I thrive in structure. I drown in chaos.

This was an inspiring story of perseverance and stubbornness and just a general lack of fear of failing that I feel cripples the rest of us mere mortals. Kendrick’s childhood was average and thus pretty relatable – she wasn’t an instant star nor did she come from the most humble beginnings and claw her way to the top (although her stubborn refusal to give up despite years of setbacks was impressive). She simply never gave up on her childhood dream. I love that she accomplished all of this without a safety net, no side job to fall back on, or a more realistic Plan B; she went all in without even considering another option.

It was this “I will do anything I put my mind to” attitude that I loved about Kendrick’s memoir. I honestly don’t have anything negative to say about Scrappy Little Nobody; I enjoyed it and definitely recommend the audiobook version for those long drives. Her narration was fantastic and her attitude and tone of voice lent themselves well to the entertainment level. This book made me really appreciate how far Kendrick has come through sheer stubbornness and a relentless drive to succeed.

Book Review: I’ve Got Your Number – Sophie Kinsella
Next Post: Book Review: What the Most Successful People Do Before Breakfast – Laura Vanderkam